A movie with a simple story based on a ridiculous phenomenon revolving around a small village in idea called Chanderi.

Amar Kaushik has done a great job in balancing the horror and comedy mix in this new genre of the industry. This movie is an example that not every movie requires tonnes of songs, in fact the interesting screenplay and background score takes the cake.

The best part of the movie undoubtedly is, Rajkumar rao, whom I see as one of the assets of the bollywood industry. With his effortless acting, nobody can imagine the role being played better than him.

While generally misacted shradha kapoor played the role of an unnamed woman, who will leave you confused in the end of the movie making you rethink the whole plot.

Vicky Kausal, Pankaj tripathi and Abishek Banerjee are a treat to the movie with their acting while laughing on their own stupidity.

The movie is A rated not because of it’s visual content rather because of the raunchy tone of the jokes where the dialogues provide natural flavour to the middle age youth. Pawan Sony’s story of ‘Naye bharat ki chudail’, unlikely to other bollywood horror films had no unusually over graphic scenes but the perfect timing will give you a few jump-in-your-seat moments. 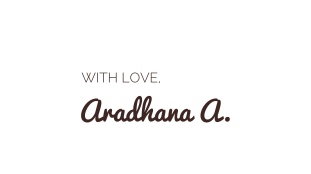